Batteries are electrochemical cells that use chemical reactions to create electricity. In a lithium cobalt oxide battery cell, chemical reactions takes place in the cell and it generates energy to either charge or discharge the cell. There is always an anode and a cathode in a cell. In this case, the cathode is the positive electrode which is the lithium cobalt oxide and the anode is the graphite. Graphite layers are created in the anode. So, when the cell is charging itself, the lithium ions move from the cobalt oxide to the spaces in between the graphite layers. When it is discharging itself, it moves from the spaces in between the graphite layers to the cobalt oxide. 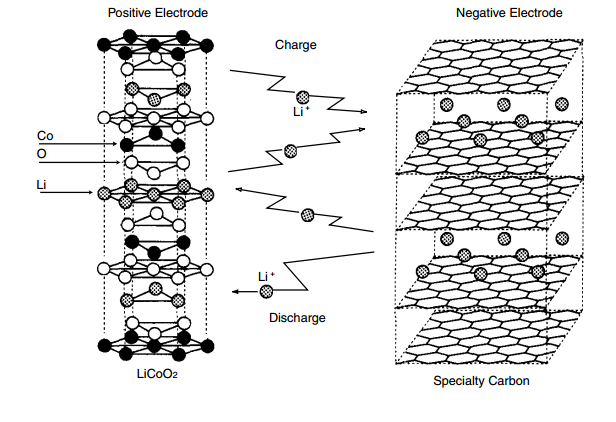 In order to create an accurate model of a lithium cobalt oxide cell, testing is important. A potentiostat is ideal to making test on the cells. Potentiostats essentially measure the voltage, impedance, and current between the anode and the cathode. The potentiostat used for this particular model is from bio-logic. 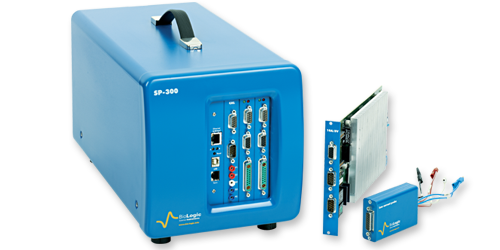 Data that is important to get from the potentiostat is the galvostatic cycling (charge and discharge) and the potentio electrochemical impedance spectroscopy (EIS). These test require a set of parameters to get data. Below, is a set of parameters to discharge the cell at a charge rate of C/10. The charge rate is how long it takes the battery to either charge or discharge the battery. At a charge rate of C/10, it would take 10 hours for the battery to be fully charged or discharged because it is one-tenth of the capacity. Charge rates are defined by the capacity. 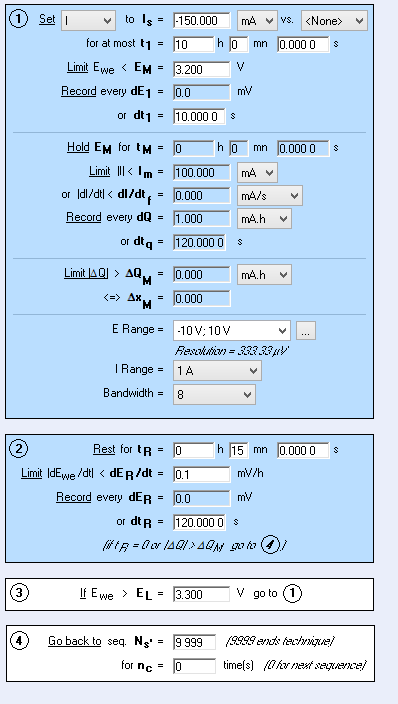 Figure 3. Example of Parameters on a Discharge Cycle at C/10 Charge Rate.

When charging or discharging the cell, put in or pull out current at a charge rate of C/10, C/5, C/3, and C/1. This will give more data on the cells and help create an accurate model.

When receiving data from the potentiostats, the discharge and charge graphs will look similar to the figure above. These curves are what the model should replicate.

There are three regions in the polarization curve:

The time-varying, current-dependent voltage of the lithium cobalt oxide cell,

, is determined by starting with the ideal open-circuit voltage,

, and subtracting the three dominant loss effects, which are modeled as current-dependent (

) voltage drops. The open circuit voltage of the cell depends on the nernst equation.

is greater than 1, the

will be set to that number. The

The activation portion of the polarization curve is modeled using the Tafel equation.  When time-dependent effects are ignored, and when the cell current (

) is greater than exchange current density (

), the instantaneous activation voltage drop is described below :

. R and F are constants (ideal gas constant and Faraday’s constant, respectively), T is the temperature of the cell, and z is the number of moving electrons.

The activation voltage drop, is related to charge storage  in the cells.  This effect can be modeled easily by introducing a simple time delay,

, between the desired activation voltage (

), and the activation voltage that would be observed if the cells were able to respond instantaneously (

).  This can be included in the model by using either a Laplace domain equation for approximating the delay, or an equivalent differential equation form.

The transfer function in the Laplace domain looks like this:

The equivalent relationship in the time domain, as a differential equation, looks like this:

The ohmic resistance loss is a simply a constant internal resistance formed by the conductance path through the cell.

The mass transport loss is modeled from the empirical data available using two constants, m and n, that model the drop occurs at higher currents.

Before using this li6hium cobalt oxide cell model in a circuit or system application, it is important to first validate it. To accomplish this, the model is simulated in the SystemVision simulator, right here on SystemVision.com.  For your convenience, and to improve clarity, a version of each design used to validate the model has been embedded directly in this blog.  If you move your mouse over any of these designs, you will notice that it's live! Try interacting with the design to examine it closer.

The graph in Figure 2. shows the lithium cobalt oxide voltage under the tested current from the data on the bio-logic equipment and displays the different losses that occur throughout the cell, including the activation, ohmic, and concentration polarization losses.

In order to complete this project, more time was needed to accurately represent the charge data.

The following VHDL-AMS code is a direct implementation of the fuel cell equations, above.  The VHDL-AMS language is perfectly suited for this kind of modeling task, as the resulting model can so easily be used in broader circuit and system simulations, directly on the SystemVision.com website.

It is great modelation. Thanks

You must be a registered user to add a comment.

Add a bio to your profile to share information about yourself with other SystemVision users.